Exobiology does not, at present, study the different species of aliens that people (claim to) have encountered. A new word should therefore be created for the discipline that does describe these different species. Exophenotypology could thus be described as the typology or classification of extraterrestrials based upon the observable characteristics of their physical appearance.

The Exopaedia uses a slightly different categorization, that features the following main categories and subcategories:

For the time being, Greys are listed as a separate group. It should also be pointed out that this classification is largely based on existing biological categories on Earth, and is therefore likely to be inadequate in the long run. 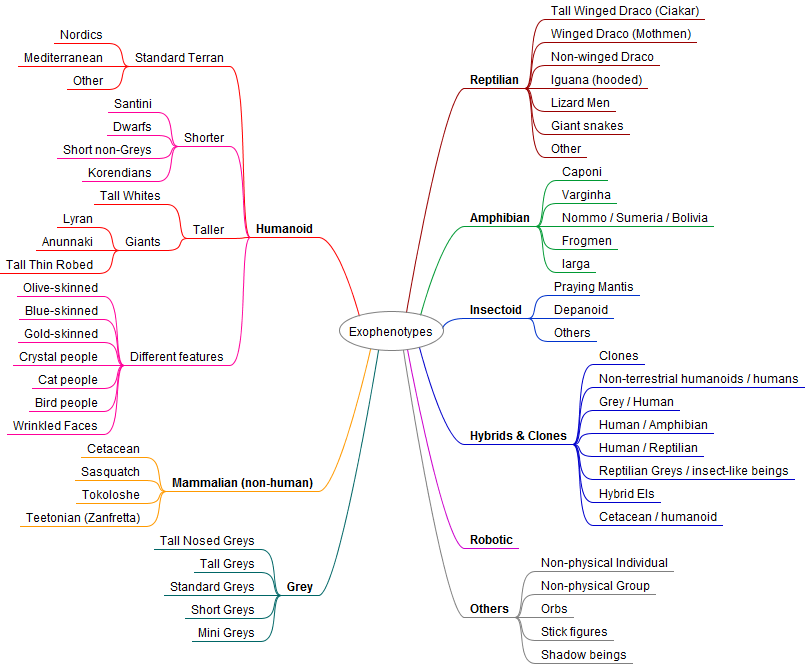 This topic consists of original research. I am working on a more in-depth article, and am currently in the process of comparing notes with other researchers.
The work in progress can be found at www.exopoliticssouthafrica.org/phenotypes.htm